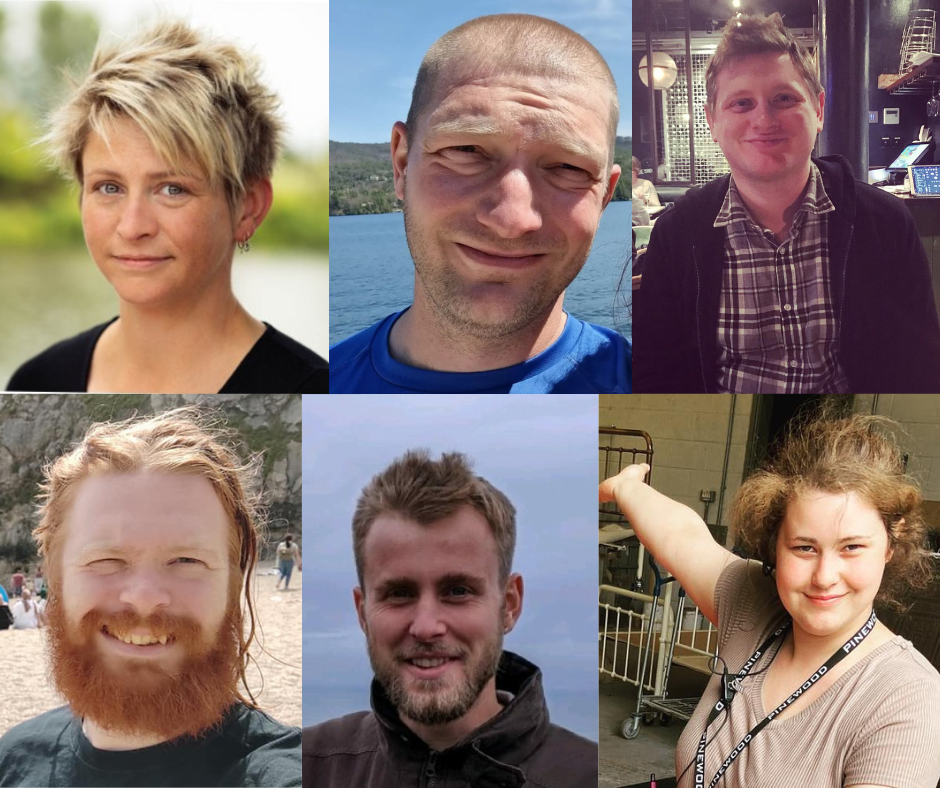 Over the past few months, we have been enrolling the very best Locations & Production Crew within TV Drama & Feature Films onto our Talent Agency Service. The crew we represent work some of the longest hours within the industry.

At Location Routes, we are here to support them through the highs & lows of working within the industry. Only last week, Oliver caught up with Lucy in Tring for lunch before her night shoot.

The reason why we decided to launch a talent agency service, was we felt a number of highly talented freelance & self-employed crew were not being represented and profiled by other agencies. Oliver has worked with most (if not everyone) we are now representing.

Introducing our first cohort of crew;

Charles George has in the past year stepped up to Location Manager on a number of projects and is currently working in Ireland.

Lauren Wilkinson has returned to the industry having taken a year out and has returned stepping up to Assistant Location Manager.

Scott James since leaving the British Army has worked on MAGIC MIKE 3 & Amazon Prime Show JUNGLE as a Location Assistant.

Dan Vye has worked in the past year as a Location Assistant on AGATHA RAISIN (BBC) and is now scouting.

Lucy Beecham from South Wales, has gone from a Location Marshall to now working on a APPLE+ SHOW as a Location Assistant.

Johnathan Aldrich has recently taken on a role in a Post Production House having worked on a APPLE+ SHOW as a Studio Secretary.

Steve Wastell in the past year has gone from a mechanic to a Unit Assistant and is now working on a Paramount+ show.

I hope this provides a great insight into some of the crew we represent. Over the coming months, we will celebrate the projects they have worked on through our social media channels.

If you are a Line Producer or Production Manager and looking to recruit Locations or Production Crew, then please look no further than our talent agency service.

Today is National Stress Awareness Day (2nd November 2022) – we work in a highly pressured industry – take time to step away and relax!

We use cookies on our website to give you the most relevant experience by remembering your preferences and repeat visits. By clicking “Accept All”, you consent to the use of ALL the cookies. However, you may visit "Cookie Settings" to provide a controlled consent.
Cookie SettingsAccept All
Manage consent

This website uses cookies to improve your experience while you navigate through the website. Out of these, the cookies that are categorized as necessary are stored on your browser as they are essential for the working of basic functionalities of the website. We also use third-party cookies that help us analyze and understand how you use this website. These cookies will be stored in your browser only with your consent. You also have the option to opt-out of these cookies. But opting out of some of these cookies may affect your browsing experience.
Necessary Always Enabled
Necessary cookies are absolutely essential for the website to function properly. These cookies ensure basic functionalities and security features of the website, anonymously.
Functional
Functional cookies help to perform certain functionalities like sharing the content of the website on social media platforms, collect feedbacks, and other third-party features.
Performance
Performance cookies are used to understand and analyze the key performance indexes of the website which helps in delivering a better user experience for the visitors.
Analytics
Analytical cookies are used to understand how visitors interact with the website. These cookies help provide information on metrics the number of visitors, bounce rate, traffic source, etc.
Advertisement
Advertisement cookies are used to provide visitors with relevant ads and marketing campaigns. These cookies track visitors across websites and collect information to provide customized ads.
Others
Other uncategorized cookies are those that are being analyzed and have not been classified into a category as yet.
SAVE & ACCEPT